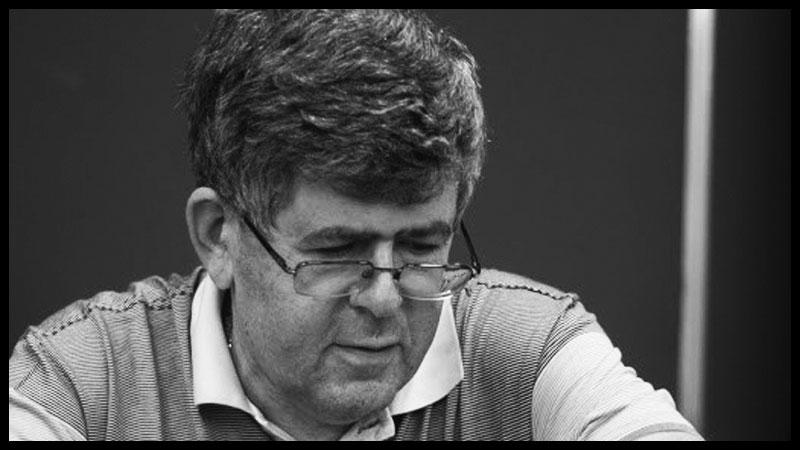 Known as one of the best coaches of all times, Mark Dvoretsky left  a valuable legacy to help chess players improve their training technique and take that much-awaited leap forward. His books are a great source of inspiration and help for every aspiring chess player.

Mark Dvoretsky learned how to play chess before elementary school, but back then he was mostly interested in mathematics, so the game wasn’t given that much importance. He started to take chess seriously and began going to the district’s chess club and studying only when he was in the fifth grade.

As it usually happens with young chess players, he liked to attack and often did so without taking into account the positional implications. However, this changed when, at the suggestion of his coach, Alexander Roshal, he started reading Nimzowitsch’s famous “My System”. Until 1975, when he earned the International Master title, Dvoretsky was an active (and very strong) player, having won the Moscow Championship in 1973 and the Wijk aan Zee in 1975, but he was also collaborating with other strong players and helping them with their preparation. However, after this moment, he began to spend more and more time coaching and eventually decided to fully dedicate himself to being a coach.

His books are filled with practical advice that can help you during the game or training sessions and well-selected games and exercises to help the readers improve their level. The amount of information comprised in his books is immense, but here are a few ideas we could all use to get you started:

Get a good understanding of the middlegame and endgame before diving into learning a lot of theory. This doesn’t mean that you shouldn’t pay attention to the opening phase or completely ignore it; in fact, Dvoretsky himself noted that in the beginning he had acquired a decent understanding of the game, but had problems with the opening. This was most of the times a drawback.

However, what this means is that you shouldn’t limit only to the memorization of the lines. You do need a good repertoire, but just enough to get you to a playable middlegame. From there, you will need a good understanding of the positional elements in order to be able to outplay your opponent.

2.   Preparation based on calculation and technique

This is very much related to the idea above; in order to become a strong chess player you have to solve many exercises for improving both the tactical vision and the positional understanding. Dvoretsky trained a lot in improving these aspects in his game and they were two of his strengths.

Dvoretsky was a strong believer that in order to become a good chess player, one also needed to be in a good physical shape. In his words, physical activity “creates a power supply, increases stamina and reduces fatigue.” He even included it in the training sessions he used to create for his students.

Dvoretsky had not only a very good understanding of the game in general but also a great chess culture. He believed that a player couldn’t achieve a high level of chess if this lacked. You have to see a lot of games, study the classics and be able to recognize important patterns in order to successfully use them in your games when the time comes.

Chess is not only played on the board, but at a psychological level as well. You have to know how to prepare for a game, how to deal with a bad result and be able to bear the pressure of a worse position. Dvoretsky understood its importance very well and often included it in his training sessions with his students.

We hope that you have enjoyed reading this article and that the ideas presented here have whetted your appetite for finding out more about Mark Dvoretsky and his training methods.